As we get closer and closer the next Monday’s Apple Event ‘Spring Forward’, more and more news is coming out concerning the Apple Watch. I guess it was a matter of time really, before some bright idea would lead to Apple Watch’s battery-life problem, which would oblige Apple fans to charge their watch only after 4 to 5 hours of heavy use, to be solved.

When John Arrow (CEO of Mutual-Mobile) and Lane Musgrave(Former software designer of Nike+ and the Nike Fuel-band) teamed up to set up Reserve Strap, their colab couldn’t come at a better time. A fat month before the Apple Watch is put on the shelves worldwide they are the first to come with a great solution to the most infamous problem of the wearableTech industry today, the Apple watch’s poor battery life. And frankly, my first impression is that it somehow actually promises to compliment the design of the watch on a whole. 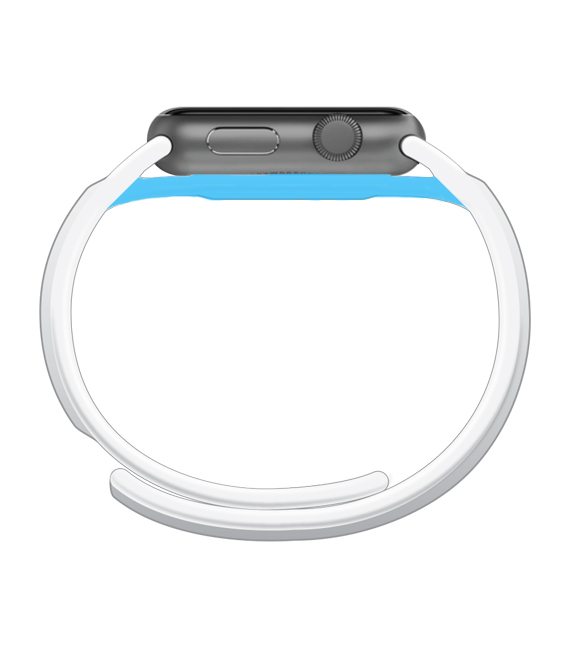 One of the things that comes to mind when we take a look at the part of the strap that actually makes contact with the skin of the person wearing it, is the sensitivity of the sensor when it’s not in direct touch with the skin. Musgrave elaborated: “Since we haven’t been able to test anything on the actual device, it’s really hard to say whether we’ll be able to prevent interference with the sensors on the back. We won’t be able to know for sure until we’re able to test on the real thing but it’s certainly a priority for our product” 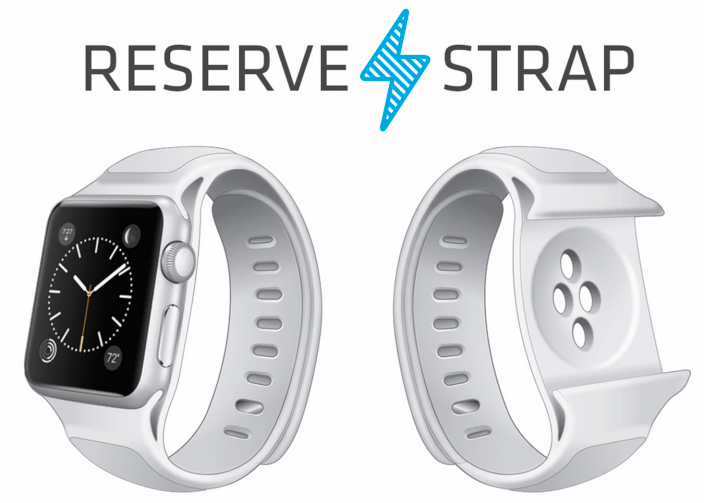 The Reserve strap claims to give the Watch juice for another 125 % which would extend the overall battery life to more than 2 days. The strap embeds a 400mAh battery capacity charging through magnetic inductive charging similar to the way that its charged with the plug that comes with the watch. I will most def check Kickstarter every few hours to see when their announced campaign will go live within. Early birds can pre-order the band for $249.